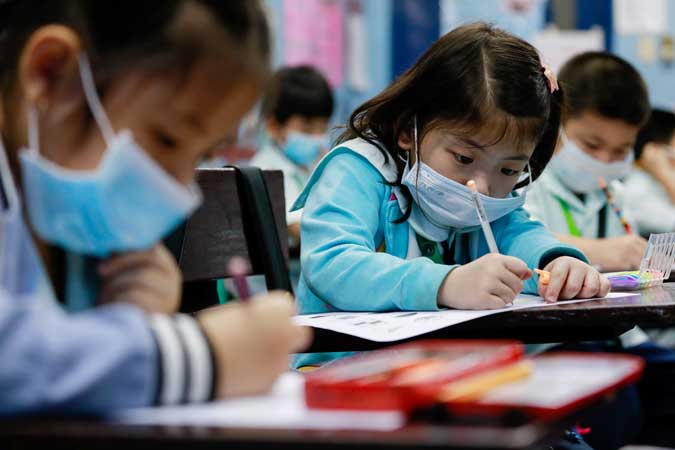 THE Capital Market Development Council (CMDC) is studying the possibility of setting up the country’s Child Trust Fund (CTF), which would aim to encourage low-income families to save for their children’s college education.

In a statement on Tuesday, the Finance department said the national and local governments would both contribute to the proposed CTF. Financial institutions will be tasked to manage these funds.

National Treasurer Rosalia V. de Leon, who is also part of CMDC, said the model will be based on CTFs in the United Kingdom and Singapore.

“The fund can also either be managed by the government and a part of it can also be cut out to be managed by the private sector. We are still on an exploratory stage and we would like to further do a more detailed or granular study on the CTF and to sell it to the Council in the coming meetings,” Ms. De Leon said in the statement.

Proceeds from the trust fund can be used to augment the remaining educational expenses of students such as daily allowance, transportation costs, lodging and other fees, since education from kindergarten to college in public schools and state universities are free of tuition fees.

In a separate text message on Tuesday, Ms. De Leon said the proposal is still at the early stage of development and there is no target schedule yet on when the proposed CTF will be launched.

“No launch date since still on a very preliminary stage looking at various models that are appropriate and affordable for us,” she said.

In the UK, Ms. De Leon said over six million tax-free trust fund accounts were created to save up for future educational expenses of children born between Sept. 1, 2002 and Jan. 2, 2011.

The UK government allotted an initial seed capital of £250-500 (P16,000-P32,000) per child, with those in the poorer households receiving bigger amounts. The funds can be withdrawn once students reach 18 years old.

The CTF was scrapped by the UK government in 2011.

Under Singapore’s Education Endowment or Edusave Scheme, the state gives 4,000 Singapore dollars to each recipient child seven years old and above, to cover 10 years of schooling in primary and secondary education.

Singapore’s system does not have withdrawal limitations so the students can take out the proceeds even prior to the maturity provided that these will be used for educational expenses. The accounts are then closed once beneficiaries turn 16 years old and the unused funds will then be transferred to other accounts.

Consuelo D. Garcia, the liaison director for capital markets of Financial Executives Institute of the Philippines (FINEX), said the proposed trust fund can revive the “savings culture” in the country, especially those in poor families.

Ms. Garcia said more than five years ago, the country ranked second among Asian countries in terms of savings as a percentage of the total economic output, based on a survey by the Asian Development Bank.

The Philippines has since then lagged behind peers and now only maintains combined savings worth 15% of gross domestic product (GDP), which is roughly half of Vietnam’s 25% savings-to-GDP ratio and Indonesia’s 35%.

“It is actually to be the missing link to what we have right now. The PERA (Personal Equity and Retirement Account) is for the working class. This one is for the young people. The baby boomers already got left behind so I think we could have this as a starting point,” she was quoted as saying.

Ms. Garcia said the trust fund can also boost the economy as the pooled savings will be invested professionally to support programs such as the government’s big-ticket infrastructure projects.

Aside from promoting savings, the proposed trust fund for children could also help diversify and deepen the capital market since it serves as another instrument to boost resources available in the market, said University of Asia and the Pacific (UA&P) School of Economics Senior Economist Cid L. Terosa

“It will be beneficial for students because the Child Trust Fund is a lifeline for low-income families to improve their standard of living and overall material welfare through education,” Mr. Terosa said in an e-mail on Tuesday.

“The key to a successful Child Trust Fund program is a well-designed partnership between the government and the private sector, particularly financial institutions,” he added.

The financial institutions play a key role in designing and marketing the CTF, said Mr. Terosa, while both the public and private sectors are needed to make sure that consumers are protected and the funds will remain a viable and attractive savings and investment option. — Beatrice M. Laforga

DAVAO CITY---A bill has been filed in the House of Representatives on Tuesday (Dec. 1) seeking to extend the period of transition for the...
Read more
NEWS