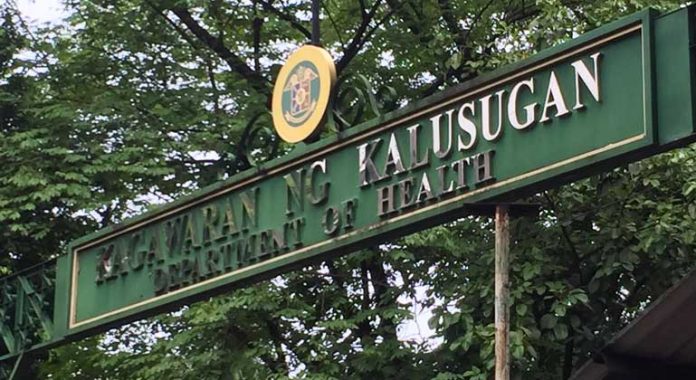 THE DEPARTMENT of Health (DoH) reported 1,148 coronavirus infections on Tuesday, bringing the total to 410,718.

Cavite reported the highest number of new cases at 88, followed by Quezon City at 52, Rizal at 46, and Baguio City and Manila at 44 each.

Four duplicates were removed from the tally, while eight previously tagged as recovered were reclassified as deaths, the agency said.

The coronavirus has sickened about 55.4 million and killed 1.3 million people worldwide, according to the Worldometers website, citing various sources including data from the World Health Organization (WHO).

About 38.6 million people have recovered, it said.

Philippine Ambassador to Russia Carlos D. Sorreta this week said Russia could start producing coronavirus vaccines for the Philippines as early as January.

The Department of Health (DoH) and Department of Science and Technology (DoST) are in talks with the Russian government about vaccine development, he told an online news briefing.

Coronavirus disease 2019 (COVID-19) vaccines in Russia were being used during emergencies, Mr. Sorreta said, adding that the vaccines were under third stage trials and have 40,000 participants. There have been no reports of any adverse effects in patients who got their first and second shots of the vaccine, he said.

President Rodrigo R. Duterte last month said the government had funds to buy coronavirus vaccines, but it needs more so the entire population of more than 100 million could be inoculated.

Mr. Duterte said he had spoken with outgoing Russian Ambassador Igor A. Khovaev and was told that Russia intends to set up a pharmaceutical company in the Philippines that will make the vaccines available here. — VMMV

MANILA, Philippines --- With the pandemic still at large, MP Promotions president Sean Gibbons had nothing much to offer as far as Manny Pacquiao's...
Read more
NEWS

Revilla, headed to face-to-face meeting, fumes after road ordeal he blames on RFIDs

MANILA, Philippines---Sen. Ramon "Bong" Revilla Jr., who lives in Cavite province, expressed disgust over being stuck on the road for hours on the Coastal...
Read more

- December 2, 2020 0
MANILA, Philippines --- With the pandemic still at large, MP Promotions president Sean Gibbons had nothing much to offer as far as Manny Pacquiao's...

Woman who gave birth during bar exams now a lawyer