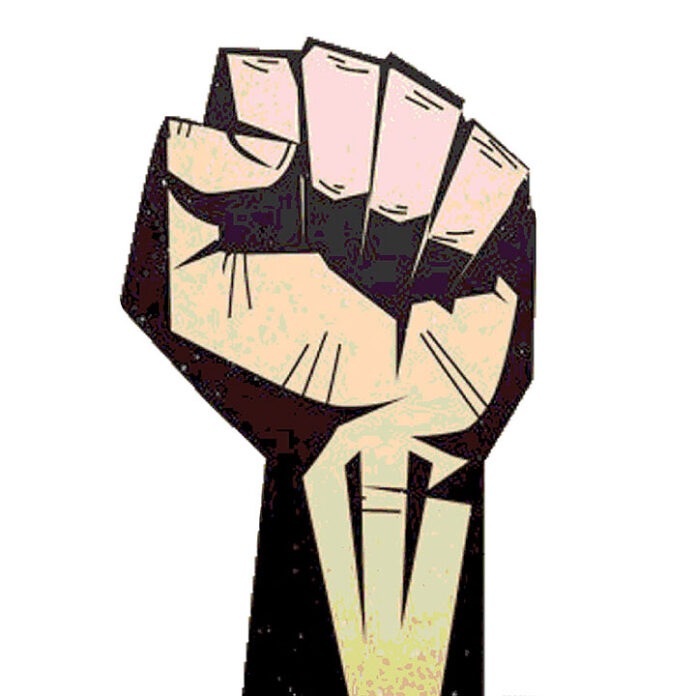 Yes, if we understand that it happens when people’s bonds are broken

Radical extremism has increased by 320% in the last five years and cost the world an estimated $14.1 trillion as of 2018. It’s a worldwide problem. From the agitations of separatist movements and Boko Haram militia in Africa to an apocalypse of neo-Nazi and far-right groups in America, Europe, and Australia, the surge is harming societies in unprecedented ways.

People adopt radical behaviors for many reasons. Most popular among them are socio-cultural and political triggers such as territorial control, politics, and the display of weaponry.

Research often isolates the underlying psychological processes and developmental issues that make people susceptible to adopting radical behaviors. One of such issues is the disruption of the bond of attachment in people’s everyday relationships.

For over half a decade, I have been studying the effects of different profiles of adult attachment on mental health and psychological wellbeing. And have also paid close attention to the broader implications of adult attachment on contemporary issues such as radicalization, human-environment interactions, migration, religion/spirituality, and more recently, the global COVID-19 pandemic.

I explored, in more depth, the relationship between attachment and radicalization in my recently published book, The Roots of Radicalization: Disrupted Attachment Systems and Displacement.

In it I argue that the risk of radicalization may in fact be rooted in the connections people have with places, people, and religious figures.

The insights are pertinent right now because of debates in Africa and around the world about deradicalization.

WHAT WE KNOW
Research in environmental psychology shows that people develop relationships with places, such as their country of origin, place of residence, or where they spent their childhood. But these relationships can be disrupted by war, conflicts, or political tensions.

Similarly, empirical evidence in the psychology of religion shows that people develop an attachment relationship with their religious figures or objects. Examples include the Quran, Bible, Allah, Jesus, and Buddha. This bond makes them devote themselves to their religious faith. But these relationships can be shattered or threatened by mere slurs or remarks that could potentially diminish the significance of the religious figures or objects in a person’s life.

In developmental psychology, this phenomenon is referred to as attachment disruption. The term is used to explain when people no longer have a bond or connection with their attachment object or are at the risk of losing it. It is a perceived threat to an ongoing relationship experience. For instance, infants exhibit extreme behavior when their attachment with caretakers is disturbed. This can include acting out, clinging, or poor eye contact.

The disruption of attachment and disturbances in relationships can have a whole different meaning for adults.

In my book I analyzed many radical behaviors to show how they are shaped by experiences of attachment disruption. I explored many contemporary cases. All had one thing in common: they showed how the risk of radicalization may be linked to fractured relationships.

I was interested in three things in the book. First was the form of language used by people to express their radical behaviors. Second was how language was used by the parties involved to communicate anxieties about their attachment disruption. Third was how the environment or context of those affected influenced their radical behaviors. Several cases were analyzed in the book.

A CASE IN POINT: BOKO HARAM
The Boko Haram group is responsible for abducting young girls as sex slaves, recruiting young boys as fighters, and orchestrating coordinated attacks in the Northern parts of Nigeria. The group came to notoriety after abducting 200 Chibok girls from their school in April 2014.

Boko Haram jihadists identify themselves as the “defenders” of the Islamic identity in their protest of the “system of government (that is apart) from the one stipulated by Islam.”

The fear of losing the religious values that bind them to Islam may have created a sense of religious attachment disruption. The late Boko Haram leader, Mohammed Yusuf, is quoted as having said:

“Our land was an Islamic state before the colonial masters turned it to a kafir (infidel) land. The current system is contrary to true Islamic beliefs.”

The mishandling of the relationship with the Yusuf by the administrations of Presidents Olusegun Obasanjo and Umaru Musa Yar’Adua, may have stoked the radical responses of the group.

At the earlier stages, Boko Haram was just a political group led by Yusuf, with a relatively small membership, who spoke against the legacies of democracy and colonialism. They mostly protested against Western education and democracy, and how they have endangered their Islamic sanctities.

Yusuf was arrested and later killed by the Nigerian security forces in 2009. Shortly after this, Boko Haram began to grow spontaneously with, an increased following of young Hausa-Fulani jihadists that looked up to Yusuf as a religious leader. His death led his followers into despair.

Yusuf is not a quintessential example of a religious figure. Nevertheless, his killing made him a martyr to his followers. This was mostly the case for impoverished and alienated members of the Boko Haram group, who were animated by the political grievances and deep-rooted religious ideologies that stoke them.

There was a perceived threat to their attachment, whether it was the connections they had with sacred objects (such as the Quran, Sharia Law), the need for safeguarding their ancestral lands over Western influence, or their religious and or political figure (in the person of Mohammed Yusuf), to whom they had forged their sense of identity and found a haven of safety.

The Boko Haram jihadists need to be motivated to detach from the attachments that no longer serve them.

DEFEATING THE WAR ON RADICALIZATION
In West Africa, radical Biafran separatists with a strong stance against the control of their homelands are seeking to protect their local communities. A disruption of the attachment to their homeland, due to a perceived invasion of the Fulani herdsmen, may have triggered a radicalized response from people like Nnamdi Kanu and the indigenous people of Biafra.

Similarly, the influx of migrants and normalization of Islam in Western Europe, Australia, and the US has elicited a radical response from conservative nationalists with a strong sense of attachment to their country.

Religious cults and militant groups (examples include QAnon and al-Qaeda) are also susceptible to experiences of attachment disruption. This may be triggered through media sensationalism that caricatures the religious figures they are attached to.

Recent efforts by colleagues at the Harvard University’s Human Flourishing Program to measure global well-being has shown that people’s close social relationship is a determinant of human flourishing. Attachment literature shows that such relationships can be found in people, places, and religious objects.

In scenarios where an attachment bond has been threatened, a detachment intervention may be needed to promote deradicalization as the opposite of radicalization. This would enable those at risk of radical behaviors to explore new forms of meanings and relationship experiences, so as to disentangle themselves from the ties that impair their sense of self and others.

But, such an effort would need to be supported by programs that help radicalized people to safely explore alternative relationships outside the bonds that have been disrupted.

Victor Counted is a fellow at Western Sydney University.