Austria’s Fugging dreams of the quiet life under new name 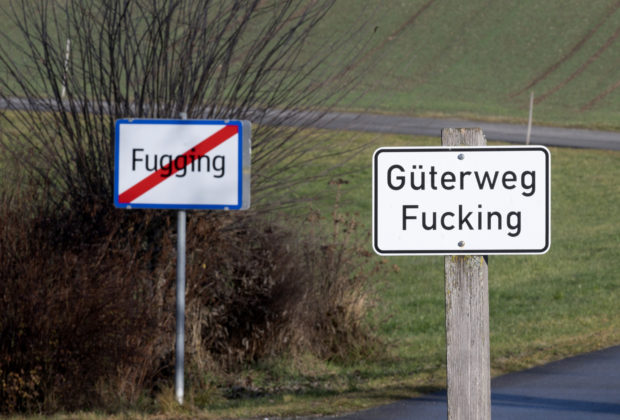 FUCKING, Austria–Deep in the Austrian countryside, the newly-named village of Fugging is hoping it will soon quietly slip back into the anonymity it was destined for had it not been for the notoriety — and unwanted tourists — attracted by its previous one.

Indeed, even though the village isn’t officially getting rid of the name of Fucking until January 1, no time has been wasted in replacing the road signs.

“It had become unbearable, people would go by giving us the finger,” an elderly local resident — one of the few willing to talk to outsiders — told AFP.

“We didn’t do it gladly, it costs money but we had no other option,” she went on, recalling how the village’s road…

Keep on reading: Austria’s Fugging dreams of the quiet life under new name

THE ECONOMY’S rebound in 2021 is expected to be larger than those of its regional peers because it will be coming off a low...
Read more
NEWS

ONE OF US President Joe Biden’s first moves upon arriving in the Oval Office has been to require international travelers get a negative COVID-19...
Read more
NEWS

FLORIDA’S chief financial officer has asked the International Olympic Committee (IOC) to consider relocating the 2021 Games to the Sunshine State amid speculation that...
Read more

Royce O’Neale gives Jazz a boost in win over Knicks

Royce O’Neale gives Jazz a boost in win over Knicks