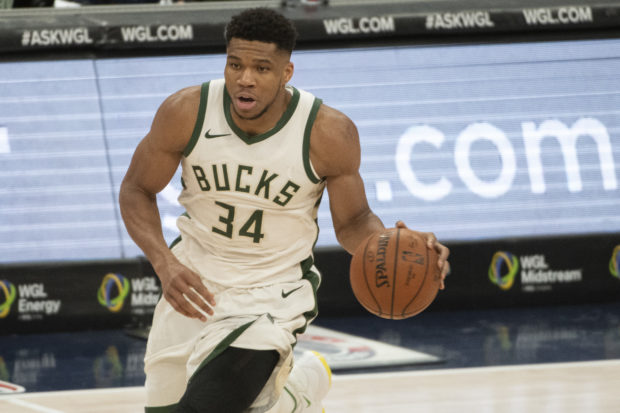 Giannis Antetokounmpo recorded his second triple-double in as many games with 33 points, 11 rebounds and 11 assists, and eight Bucks scored in double-figures as Milwaukee survived against the Washington Wizards, 125-119, on Saturday in Washington D.C.

The MVP with another triple-double tonight:

The Wizards played without Bradley Beal, All-Star and the league’s leading scorer, who sat out the second leg of Washington’s weekend back-to-back due to a knee injury. But teammate Russell Westbrook picked up the slack.

Westbrook matched Antetokounmpo with a triple-double, posting 42 points, 10 rebounds and 12 assists, and led the Wizards with an energetic first half. T…