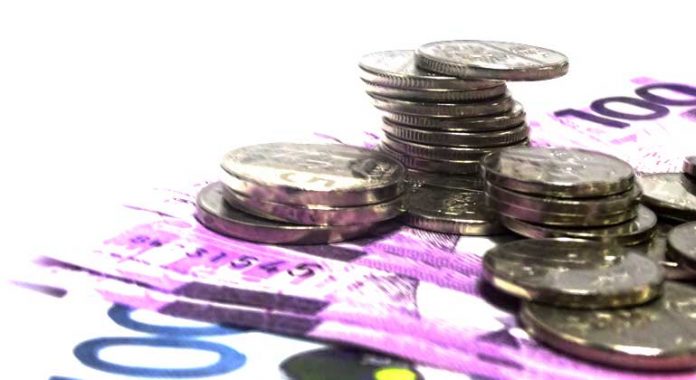 CASH UTILIZATION by government agencies remained weak in the 10 months to October, prompting the economic team to direct agencies to ramp up spending in the remaining weeks of 2020.

Cash utilization rates are based on Notice of Cash Allocations (NCAs), an authorization issued to agencies of funds available for disbursement.

The Department of Budget and Management (DBM) reported agencies used P2.782 trillion or 77% of the P3.603 trillion released during the 10-month period. The NCA utilization rate as of October is lower compared with the 93% usage rate logged during the same period a year ago, and slower than the 94% recorded at the end of September.

This has prompted Finance Secretary Carlos G. Dominguez III to call for a meeting of the Economic Development Cluster (EDC) on Wednesday afternoon to direct agencies to speed up the use of budget allocations.

“Secretary Dominguez is calling an EDC meeting to prompt the agencies to hasten spending for the rest of the year, especially for Bayanihan II and the typhoon rehabilitation (efforts),” Budget Undersecretary Laura B. Pascua said in a Viber message Wednesday.

Ms. Pascua noted the NCA utilization rate remains low because the total NCAs released already covers the requirements for the rest of 2020.

“Yes, agencies now have the NCAs for the last quarter as well as releases for Bayanihan II,” she said.

The DBM has released P87.9 billion or 62.8% of the P140 billion allotted under Republic Act No. 11494 or the Bayanihan to Recover as One Act (Bayanihan II) as of Nov. 16. Earlier this week, it also released P10 billion for the National Disaster and Risk Reduction Management Fund’s (NDRRMF) relief and rehabilitation efforts in the aftermath of recent typhoons and floods in Luzon.

Utilization rates of NCAs have been declining since April compared with year-ago levels when much of the country was placed under a strict lockdown to curb the coronavirus pandemic. Restrictions have been loosened since June.

Line agencies recorded 73% utilization rate after using P1.95 trillion out of P2.65-trillion NCAs released to them during the 10-month period. This left P704 billion worth of unused funds to date.

The Commission on Elections reported the highest usage rate of 84%, followed by the Office of the Vice-President and other executive offices which posted a 82% utilization rate.

Meanwhile, the Department of Foreign Affairs saw the lowest rate after using only 44% of P21.15-billion NCAs released to the agency.

Considering the disruptions caused by the recent typhoons that hit the country this month, the DBM extended the deadline of submission of additional funding requests by agencies, departments, state universities and colleges that requires the issuance of NCAs or special allotment release order (SARO) to Nov. 20, from Nov. 15.

“The series of typhoons which covered large areas of the country have adversely affected normal government operations and thus posed difficulties for the timely agency compliance with the prescribed deadline,” Budget Circular Letter 2020-15 dated Nov. 17 read.

Requests for programs and projects that respond to the pandemic and disasters are exempted from the submission deadline, as well as those that cover deficiencies in personnel services budget. — Beatrice M. Laforga

DAVAO CITY---A bill has been filed in the House of Representatives on Tuesday (Dec. 1) seeking to extend the period of transition for the...
Read more
NEWS