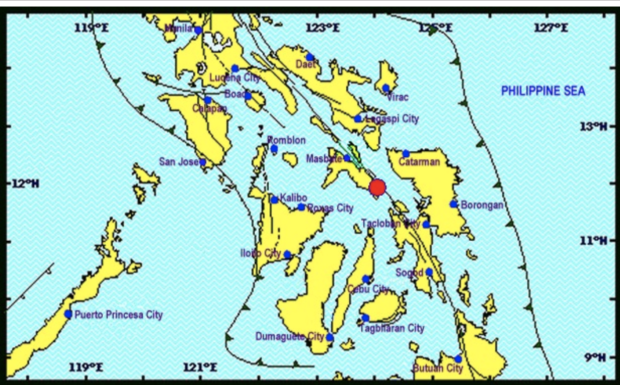 LEGAZPI CITY —- A 3.3-magnitude quake jolted Masbate province for the fourth time on Thursday, the Philippine Institute of Volcanology and Seismology (Philvocs) said.
The Phivolcs’ instrument detected the tremor at 12:12 p.m. at a location some 10 kilometers north of Uson town.
The quake, recorded at a depth of 25 kilometers, was tectonic in origin.
Earlier on Thursday, three successive quakes were recorded in the province, with a 4.4-magnitude quake as the highest recorded some 15 kilometers north of Dimasalang at 3:56 a.m.
It was followed by a 3-magnitude tremor at 5:15 a.m., which was located four kilometers from Batuan town.
The third quake was recorded at 2.9 magnitude, locat…