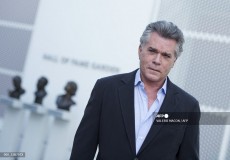 Actor Ray Liotta, who starred in Martin Scorsese’s gangster classic “Goodfellas,” has died suddenly in the Dominican Republic, officials and police said Thursday. He was 67. Liotta, whose blistering turn as real-life mobster Henry Hill in Scorsese’s crime masterpiece won universal admiration, was shooting a new film in the country when he died in his sleep. Police said emergency services were called early Thursday morning to a hotel in Santo Domingo where they found Liotta […]