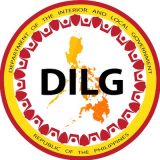 (Eagle News) — Former Metropolitan Manila Development Authority chair Benhur Abalos will be the next Department of the Interior and Local Government chief. Vic Rodriguez, the spokesperson for the camp of former Senator Bongbong Marcos, who is expected to win the presidency by a landslide, made the announcement in a press briefing on Friday, May 13. Abalos, who was Marcos’ campaign manager for the May 9 elections, served as mayor of Mandaluyong City prior to […]