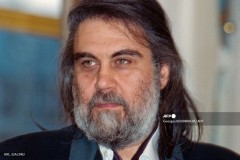 by John HADOULIS “Blade Runner” and “Chariots of Fire” composer Vangelis, the Oscar-winning electronic music pioneer whose distinctive musical style defined a generation of film soundtracks, has died aged 79, Greece’s prime minister said on Thursday. According to several Greek media outlets, Vangelis died of the coronavirus in France where he lived part-time, as well as in London and Athens. “Vangelis Papathanassiou is no longer with us,” Greek Prime Minister Kyriakos Mitsotakis tweeted. “The […]